The End of Hurricane Season 2017 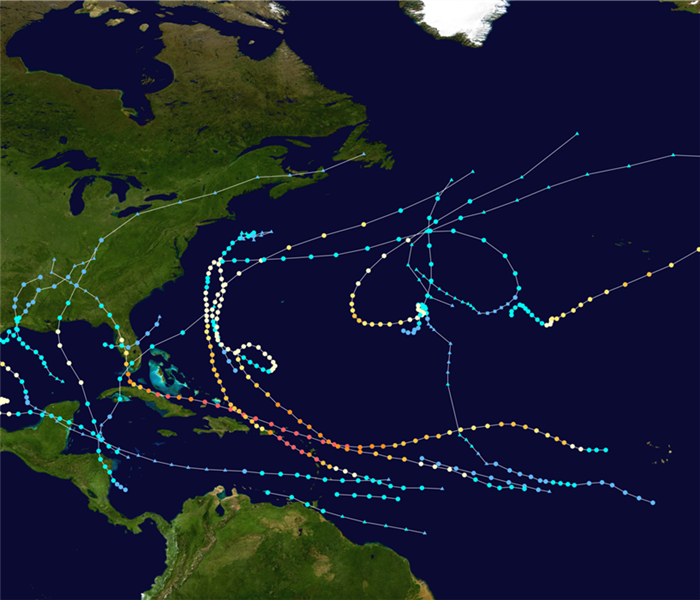 The official hurricane season runs from June 1 through November 30 each year.  Historically, this is the time frame when most major named storms take form in the Atlantic Ocean.  The 2017 hurricane season started off strong with Tropical Storm Arlene, a pre-season storm. From Arlene, the storm season continued to gain strength with a season grand total of 18 named storms.  Hurricanes Irma, Harvey, and Maria were the strongest and most destructive of the 18 storms.  In fact, Irma is the strongest hurricane to date and Harvey has been named the costliest hurricane on record.   The 2017 storm season was the first season since 2005 for a hurricane to make landfall in the US.  This year was also the first year for 3 hurricanes to reach US soil; Harvey, Irma, and Nate.   With such an active storm season SERVPRO® of Lake Conroe, Magnolia & Cleveland was backed by a Franchise system of over 1,600 franchises supplying manpower, equipment, and vehicles to Conroe and the hardest hit areas.